Who Did That Media? January 16, 2020 Uncategorized 0 Comments 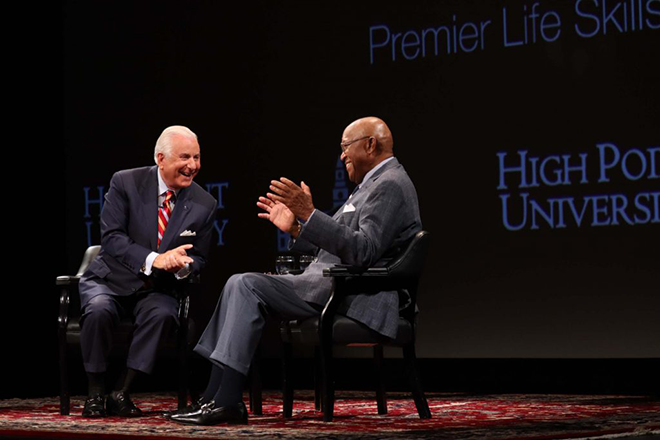 As part of an ongoing commitment to community enrichment, Fox 8 WGHP will air High Point University’s “Leadership and Life Skills” series every Monday at 7 p.m. from January 13 through May 11. Individuals can also experience these leaders anytime online at www.highpoint.edu/series.

During each program, HPU President Nido Qubein interviews influential thought leaders, including former Secretary of State Dr. Condoleezza Rice, CEO of the Dallas Mavericks Cynt Marshall and ABC News’ Byron Pitts, about achieving success and embracing moments of failure while encouraging students to move the world forward in positive ways. Each episode was filmed in front of a live audience on the HPU campus.

Read the full article and to see the full WGHP schedule from Highpoint University.