Behind the music: WTOP gets a new sound 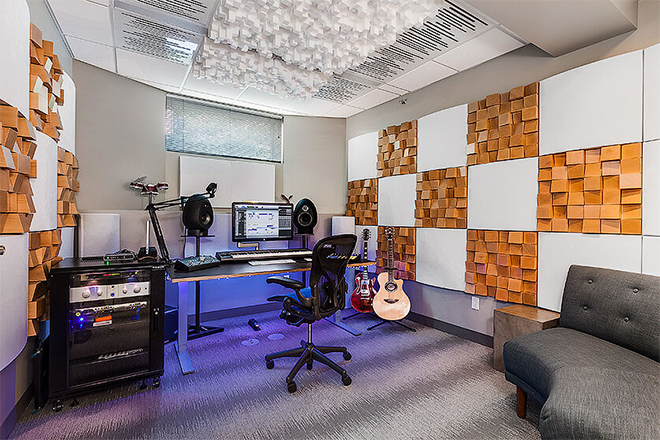 We’re delivering the news like always at WTOP, but you’ve probably noticed that some of what goes between our news stories has changed: WTOP last month started using new music to introduce its various segments.

We’re a news station, as distinct from a “music station,” but the reality is there’s quite a bit of music on WTOP: There’s music at the top of the hour (whatever:00), the bottom of the hour (whatever:30), before the traffic and weather on the 8’s, the sports and the money news. It adds up to about four minutes an hour, and that’s not counting any this-just-in moments or the commercials (or for that matter, stories by Neal Augenstein, who’s always looking for a way to jam a song snippet into his features).

But unlike a music station that plays the hits of today and the hits of tomorrow, at WTOP we like to stick with our music for a long time. General Manager Joel Oxley said the station hadn’t changed its music at all in about 10 years, and some of the music “beds” had been around since 1994. That sort of solid reliability is important, but after a certain point, familiarity turns into stagnation. And that’s when WTOP got together with Reel World, based in Seattle, to give the station a new sonic signature.

Read the full story from WTOP.